As it’s currently the middle of February, your thoughts are probably turning to Pancake Day, Mother’s Day and Easter. Unless you are the child of a vampire werewolf who takes Mother’s Day very seriously, Halloween costumes are not even in your thought process yet. This though, is all about to change!

For almost 30 years, Universal Orlando Resort have been creeping out the kids and petrifying the parents at their Halloween Horror Nights, and the dates for 2017 have just been announced! 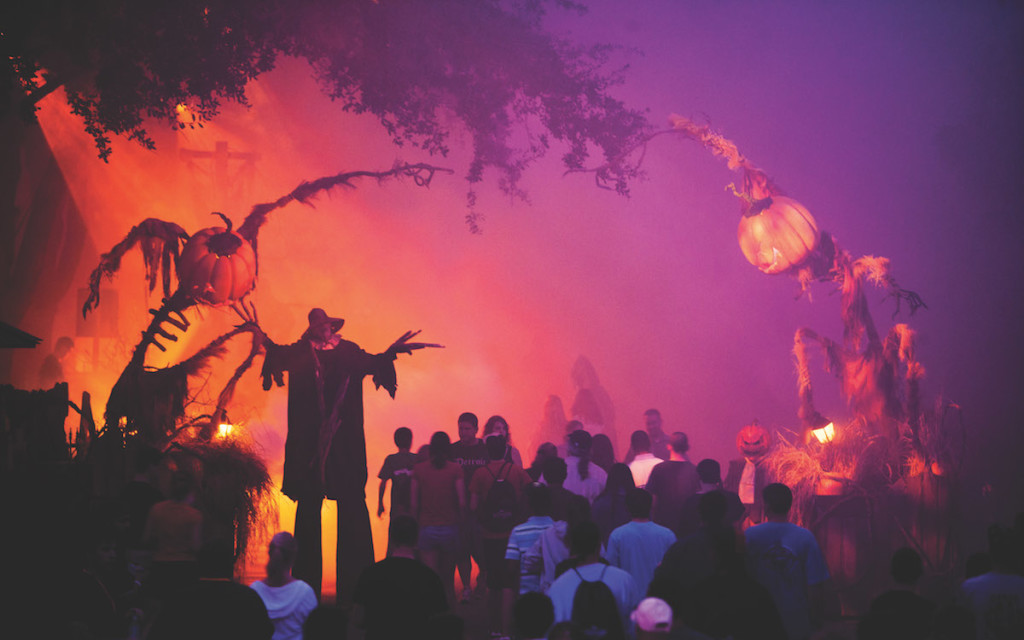 Brace yourself for “hordes of horrifying mutants, monsters and maniacs”, and although that may sound like a normal Friday night in Birmingham, this promises to be even scarier! It runs at Universal Studios Florida and sees guests transported into the most hideously horrifying TV and movie scenes from history. There’s themed haunted houses and mazes to explore, should you dare to set foot in them, and the park will be equipped with “scare zones” for you to pass through. Along the way, there will be ‘scareactors’ lurking in the darkness, waiting to jump out to the unsuspecting guests.

And no matter how many times you’ve been to Universal Orlando Resort, the sensation of riding your favourite rides in the dark is something else! If you’re planning a trip to Orlando in the autumn, you’ve got a huge 34 nights to get ghostly, between September 15 and November 4.

The Halloween Horror Nights hours last year ran from 18:30 right through until 2am on some nights! Hopefully they’ll keep those late-night hours as riding rollercoasters at midnight is pretty amazing. Bill & Ted will probably be back for their live show (like they have done now for 25 years in a row!) which is always a super-popular show.

Halloween Horror Nights tickets will be available on FloridaTix soon. Once they’re ready to go we’ll let you know! We’re more excited than a vampire in a blood bank!