Universal Orlando Resort have revealed the first details about Harry Potter and the Escape from Gringotts – the revolutionary new attraction at The Wizarding World of Harry Potter – Diagon Alley.

Youve seen the action on-screen, and now YOU get to be part of it! 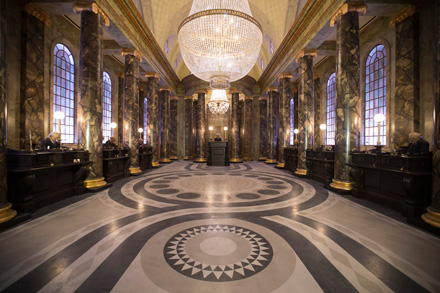 This hugely anticipated attraction takes guests into one of the most iconic moments from the Harry Potter film series. Harry, Ron and Hermione are breaking into Gringotts bank – one of the most guarded places in the wizarding world – to retrieve a magical object that will help defeat Lord Voldemort.

What happens on Harry Potter and the Escape from Gringotts?

Encounter the 60ft tall fire-breathing Ukrainian Ironbelly dragon that sits atop Gringotts Wizarding Bank See the goblins hard at work as you pass through the marble hall of Gringotts bank Encounter the villainous Death Eater, Bellatrix Lestrange, as she attempts to send you to your doom Race through the labyrinth of underground Gringotts vaults Come face to face with He Who Must Not Be Named .and many more mind-blowing moments!

Watch the behind-the-scenes video of Harry Potter and the Escape from Gringotts:

Universals creative team have worked closely with the production team from the Harry Potter films to really bring this pivotal scene to life.

The grand opening date for Diagon Alley will be announced in the near future so stay tuned to find out!

It always pays to book your tickets before you go – make sure you check prices and select the best tickets for you on our Universal Tickets page.