Hidden Magic: Secret things to see and do at Walt Disney World Resort in Florida

One of my favourite things about visiting Walt Disney World Resort is that there are so many different layers and extras to look out for in addition to the big attractions. Every time you visit you’ll notice or discover something new that you didn’t realise was there before!

What with Disney FastPass+, advanced dining reservations and more experiences to fit in, it’s tempting to just rush from place to place. But if you take a little extra time to notice your surroundings, you might be able to spot some of these hidden Disney World secrets…. If you look very carefully, you will see some building blocks: they spell out P PAN and DISNEY.

Make sure you read the signs on the windows; they are all tributes to people who have contributed to the park and The Walt Disney Company. My personal favourite is “If We Can Dream It – We Can Do It!” by Roy O. Disney – Dreamers & Doers Development Co.

Be Our Guest Restaurant

In between mouthfuls of The Grey Stuff (try it – it’s delicious!), look up at the ceiling. The cherubs that are painted there have all been given the faces of Disney Imagineers’ children.

If you look at the board with the waiting times and it says there’s a 13-minute wait, then head right over – it means that there is no queue! This also applies at The Twilight Zone Tower of Terror™* at Disney’s Hollywood Studios.

There are 13 lanterns hung on this real oak tree. They represent the original 13 colonies of the USA. Can you see a door mat on the floor? Take a look underneath it …

Check out the licence plates on the ‘cars’. They include: 1QKLIMO, UGOGIRL, BUHBYE, 2FAST4U and H8TRFFC.

The Twilight Zone Tower of Terror™*

There is SO much Hidden Magic on this attraction! Just one thing to look out for is the plaque on the wall behind the concierge desk; it seems that the hotel has won the AAA 13 Diamond Award??
Read more freaky facts about the Tower of Terror

Secrets to spot at EPCOT 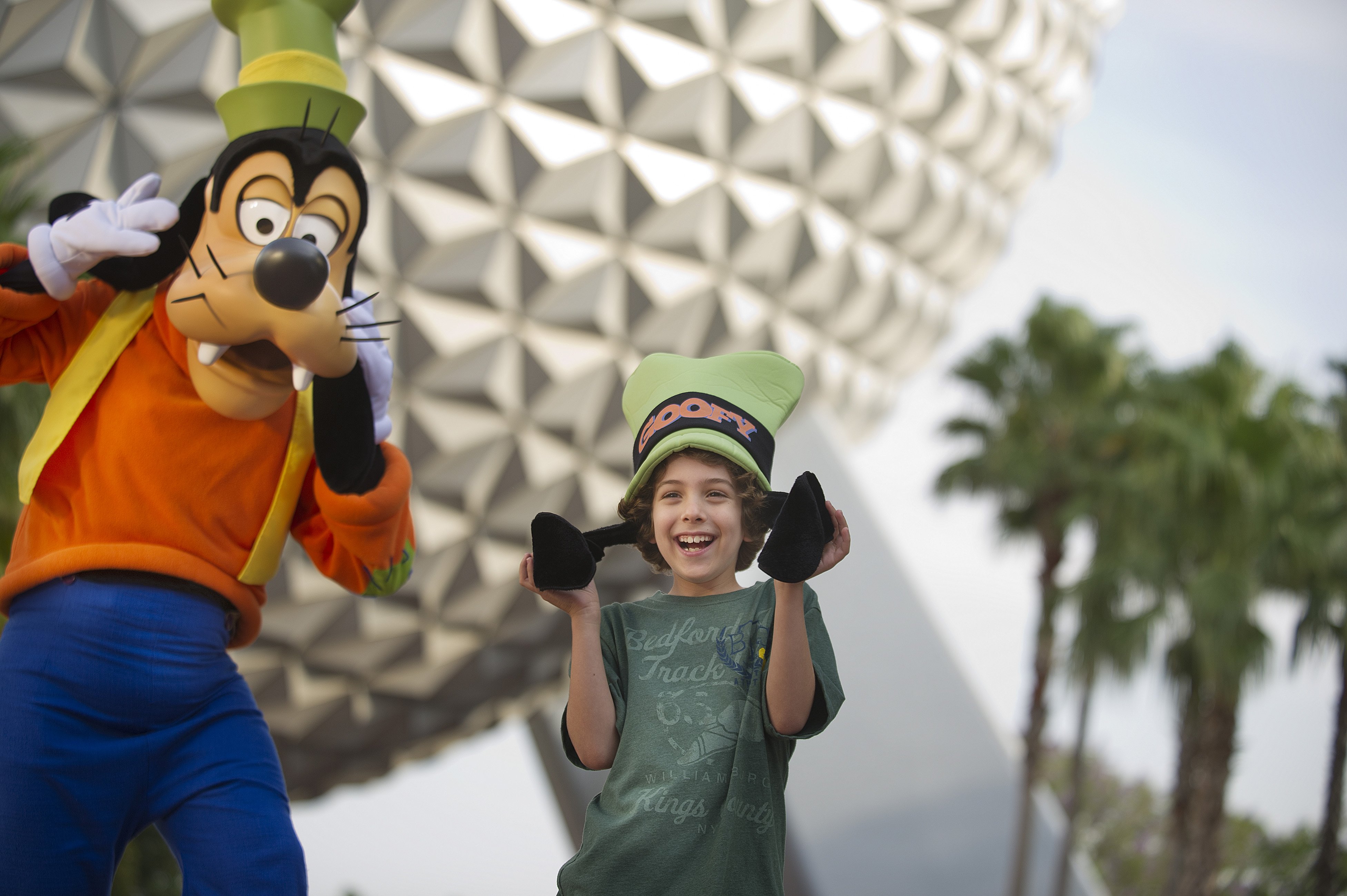 Go to the back of the Toy Soldier shop and look for the coat rack in the library. It is addressed to Mr Banks, 17 Cherry Tree Lane, London. Sound familiar? Mr Banks is the father in Mary Poppins!

Stand in the middle of the temple and say something. The building was designed to be acoustically perfect so you will hear your voice echoing right back at you.

Head over to the “Beverly” drink from Italy and pretend to take a big gulp. Then rave about how yummy it is and get everyone else to try some, then watch their faces. Let’s just say it’s an acquired taste! Ever noticed the unicorn on the sign? In the original plans there was meant to be a “Beastly Kingdom” featuring mythical creatures, but it never came to fruition except for this legacy on the sign.

Look for the sign Highway 498; this is a reference to the park’s opening date, April 1998.

If you sit in the outside dining area, listen out for noises coming out of the kitchen like broken dishes. There are many secret places all over Walt Disney World Resort where you can hear snippets of conversations and the lives of the people who ‘live’ there. The Disney Cast Members (Disney’s name for their park staff) have some of their own secret codes which are fun to listen out for.

Do you know any other hidden Disney World secrets? Share them for us to look out for next time we’re at Walt Disney World Resort!

©Disney and Inspired by the Twilight Zone®, a registered trademark of CBS, Inc. All rights reserved.

Janine has been to Florida 8 times in the last 12 years and is a self-confessed Disney World addict! She has an 8-year-old daughter who is one of the “Unofficial Guide to Walt Disney World” kids. Janine loves to write and has contributed to several Disney-inspired blogs. Follow her on Facebook and Instagram
Google+ Twitter
Tagged in:  Disney World