Home / Tips / Inspiration / Where can I meet Minions at Universal Orlando?

Where can I meet Minions at Universal Orlando?

Fans of the Despicable Me films go crazy for these little yellow guys, but did you know you can meet minions in the flesh at Universal Studios Orlando? Here’s our guide to meeting, and even partying with the minions! 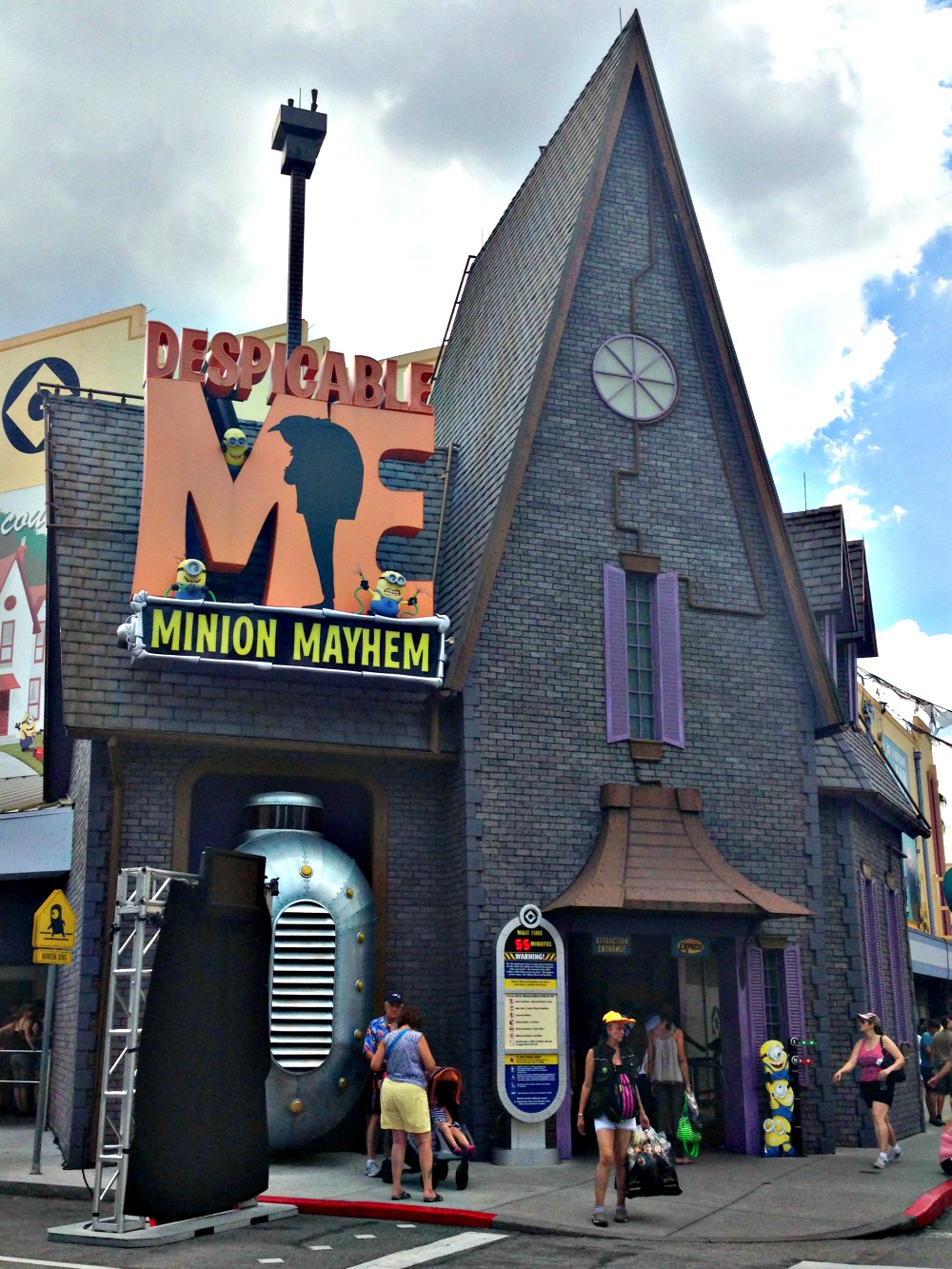 Head over to the Production Central area of Universal Studios and you’ll find the Despicable Me Minion Mayhem ride – a hilarious 3D experience where you’ll find more minions than you can shake Gru’s Freeze Ray at, and can even have a go at becoming a minion yourself!

Before the ride even begins you’ll be able to step inside Gru’s house and into the secret laboratory, where you’ll discover Gru’s latest plan – to transform you into an actual minion!

Strap on your minion goggles, sit back and enjoy the ride!

Your chance to meet the Minions!

After the ride comes an interactive ‘Dance Party’ where you’ll be able to party with the minions themselves! There’ll be plenty of photo opportunities so don’t forget to bring your camera. After the ride you’ll exit via the Despicable Me Minion Mayhem Gift Shop ‘Super Silly Stuff.’

If you love minions, you’ll probably want to buy EVERYTHING as it’s pretty much wall to wall, floor-to-ceiling with all kinds of minion toys, minion T-shirts, build-your-own-minions…. you get the idea….

If you’re starting to suffer from minion-blindness by now, there’s also lots of other Despicable Me merchandise to coo over – oh and plenty of SO FLUFFY plush unicorns!

You don’t even have to ride Minion Mayhem to have your picture taken with a minion as you’ll sometimes find them hanging around in the shop or outside the ride.

Have you met any minions at Universal Orlando?

Sam is a member of the marketing team at FloridaTix. She LOVES roller coasters (the scarier the better!) and her favourite theme park in Florida is Busch Gardens.
Tagged in:  Minions,Universal Orlando