LEGOLAND Florida – Behind the Scenes

We recently spent a day at LEGOLAND Florida, getting a glimpse behind the scenes and learning more about Orlandos newest attraction!

Where the fun begins!

It was Floridas first theme park (kind of)

The LEGOLAND Florida park was built on the site of the former Cypress Gardens Adventure Park, which operated from 1936 to 2009 and was Floridas very first theme park!

LEGOLAND Florida opened two years ago to become the worlds second-largest LEGOLAND park (after the Windsor site). Its water park opened in May 2012 and has been a huge hit with visitors.

Located in Winter Haven, its halfway between Orlando and Tampa and is just under one hours drive from Walt Disney World.

You wont believe what they can make from LEGO!

Whether youre a LEGO fan or not, youll be AMAZED at the size and quality of the models in the park, which have been created using over 58 million LEGO bricks!

Our favourite LEGO model was probably this incredible triceratops, which took 640 painstaking hours – and 211,000 bricks – to build.

A tremendous Triceratops – made entirely from LEGO!

Its perfect for kids of all ages!

Magical, colourful and loads of fun – LEGOLAND Florida is perfect for kids aged between 2 and 12. All the attractions have interactive elements which are sure to keep even the shortest attention spans rapt for hours!

Dont forget to check out the shows too – our favourite was the Pirates Cove Live Water Ski Adventure. This lively 20-minute show overlooks Lake Eloise and features water skis, jet skis, boats and of course, pirates! This video gives you a taster of what you can expect from the show:

But its not just for kids…

As well as the rides, slides and colourful characters, there is so much that teenagers and adults will also enjoy at LEGOLAND Florida.

After a few hectic hours at the theme park, its definitely worth taking some time away from the rides to explore the beautiful and historic botanical gardens.

LEGOLAND have done a great job in preserving these gardens, with a collection of native plants, including azaleas and camellias, combined with more exotic species to create a wonderful landscape.

There are also beautiful views out over Lake Eloise, which borders the park. The perfect place for a little relaxation before heading back to the bustle of the theme park!

The Botanical Gardens – perfect for a little time out

One sight thats definitely not to be missed is the amazing banyan tree that stands proudly in the botanical gardens. Planted in 1939, the tree is characterised by its aerial prop roots, which grow downwards from the branches and eventually grow into extra trunks!

The Banyan Tree with its many trunks!

One of the highlights of our visit to LEGOLAND was taking a behind-the-scenes tour of the Model Shop, where all of the parks models are created by the Master Builders!

Inside the LEGO Model Shop

The Master Model Builders are treated like royalty around the park because of the importance of their job. As well as building all of the park’s models – from dinosaurs to mice – they also play a key role in planning future displays and creations.

There are just 4 Master Model Builders at the park and we were shown around the Model Shop by 2 of them, Angie and Jason.

Master Builder Jason with one of his creations!

All the models created around the park are built with normal LEGO bricks. Jason confided to us that there have been occasions when they ran out of certain bricks, and had to make a quick dash to the LEGO store in Orlando!

How to become a LEGO Master Builder?

The Master Model Builders also act as ambassadors for the LEGO brand. They make frequent appearances on TV or radio and are often interviewed for newspaper and magazine articles.

What’s coming next at LEGOLAND?

More exciting developments are planned for the next few years. In 2015, a LEGO-themed hotel will be opened on the site, with 152 themed rooms which we can’t wait to see!

The LEGOLAND hotel is sure to be a huge hit with families, particularly those with young children, who can use it as a base to explore all of central Florida’s attractions. 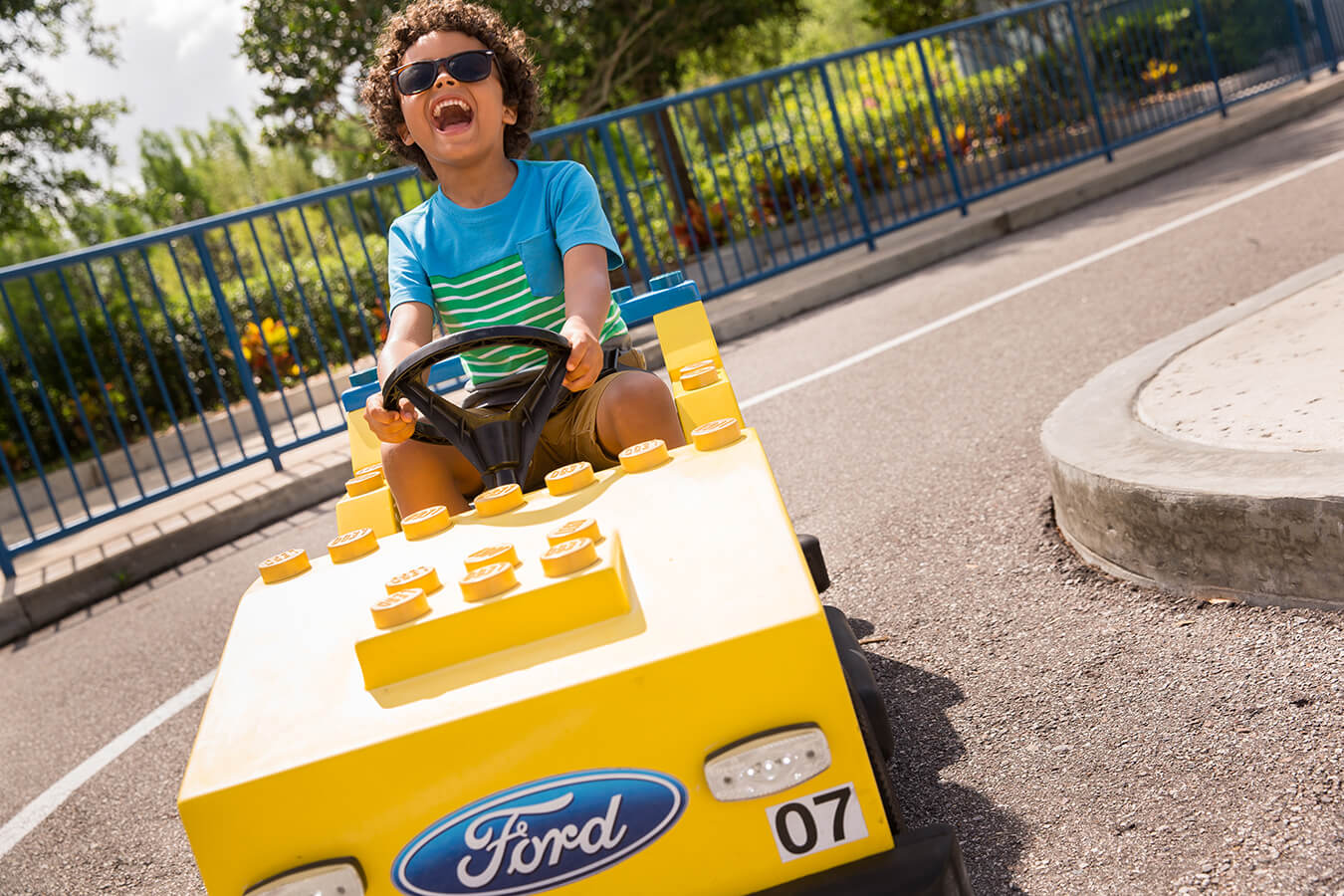