Are you brave enough for Halloween Horror Nights 2016?

Are you a horror movie aficionado? Maybe you read books that have you wondering if ghosts really exist, or decide to watch terrifying TV shows just before you go to bed. If that’s the case… Halloween Horror Nights 2016 is right up your (Elm) street!

“But wait!” I hear you cry. “What IS Halloween Horror Nights? It sounds scary!” Well, yes, that’s the point. Universal Studios has an entire team dedicated to terrifying anyone who sets foot inside the park on one of these nights. If you leave without shaking in fear, they’ve not done their jobs!

Every autumn, the park carries on as normal during the day, but when night falls, all that’s evil comes out to play and turns the park into a maze of mayhem with houses full of horror!

So what’s in store for Halloween Horror Nights 2016?

This cutting-edge new experience is one of the most electrifying Halloween Horror Nights projects ever. The culmination of 8 years of experimental story-telling and drawing on guest feedback to learn what thrills and chills them the most, it will bring you into the next dimension of horror experiences.

(An additional ticket is required for this experience, available to purchase at Halloween Horror Nights)

A Chance In Hell

If you’ve ever looked at the stories behind the Halloween Horror Nights icons, you’ll know that fan-favourite Chance is the companion of killer clown Jack, who has been a stalwart of the Nights since they first began! Chance might be in prison after the events of last year, but she still knows how to scare you – even from behind bars.

A global catastrophe has ruined Earth’s atmosphere, and survivors are forced to pit against one another just to stay alive

If you go down to the woods today…. You’ll wish you’d stayed at home as evil spirits and horrific creatures of the ancient world break free from their corrupted graves

An eerie fog has engulfed an uninhabited fishing village, bringing with it the spirits of long-dead fishermen seeking to punish the town that abandoned them.

Get ready for Homecoming Hell at Hollywood High School’s 1955 Parade – a procession of carnage and chaos with vampires ready to take a bite out of anyone in sight.

Relive scene after scene of sinister threats from Murder House, Freak Show and Hotel as you explore this extensive, terrifying house.

Experience every scene, every kill, every bone-chilling rev of the chain saw from the original masterpiece.

Face relentless threats starting from the beginning of the series to last season’s most unforgettable moments.

Venture inside the mind of a tormented girl, possessed by evil. It will leave you haunted.

Michael Myers is still alive and still out for blood in this all-new house.

Chance is back, and is luring you into her twisted realm where the lines between delusions and reality are continuously blurred.

They came looking for gold. Instead they found death and destruction. Now their doomed souls seek others to join them.

Tomb Of The Ancients

Immortal beings of the ancient past have returned to rule mankind. Now they wait for someone foolish enough to disturb

As a blizzard rages outside St. Nicholas’ evil counterpart and his band of Dark Minions claim the souls of the faithless one by one.

Academy of Villains: House of Fear

The show must go on! This high-energy performance troupe of inmates thrusts you into a realm of mayhem and maniacal terror in an explosion of insanity.

The Wyld Stallyns return with an all-new Halloween adventure. No Halloween Horror Nights would be complete with these “excellent” dudes!

When will the terror start?

Halloween Horror Nights 2016 runs for 31 dark nights – on select dates between September 16th to October 31st – so you’ll have plenty of chances to be petrified.

This year is on track to be the biggest and best yet, so keep your eyes peeled to see what else you can expect at the 26th annual Horror Nights!

What kind of scarezone for Halloween Horror Nights 2016 would you dream up? Any particular nightmares or fears? We want to know…. and Chance does too.

About the author: Emma Pearson 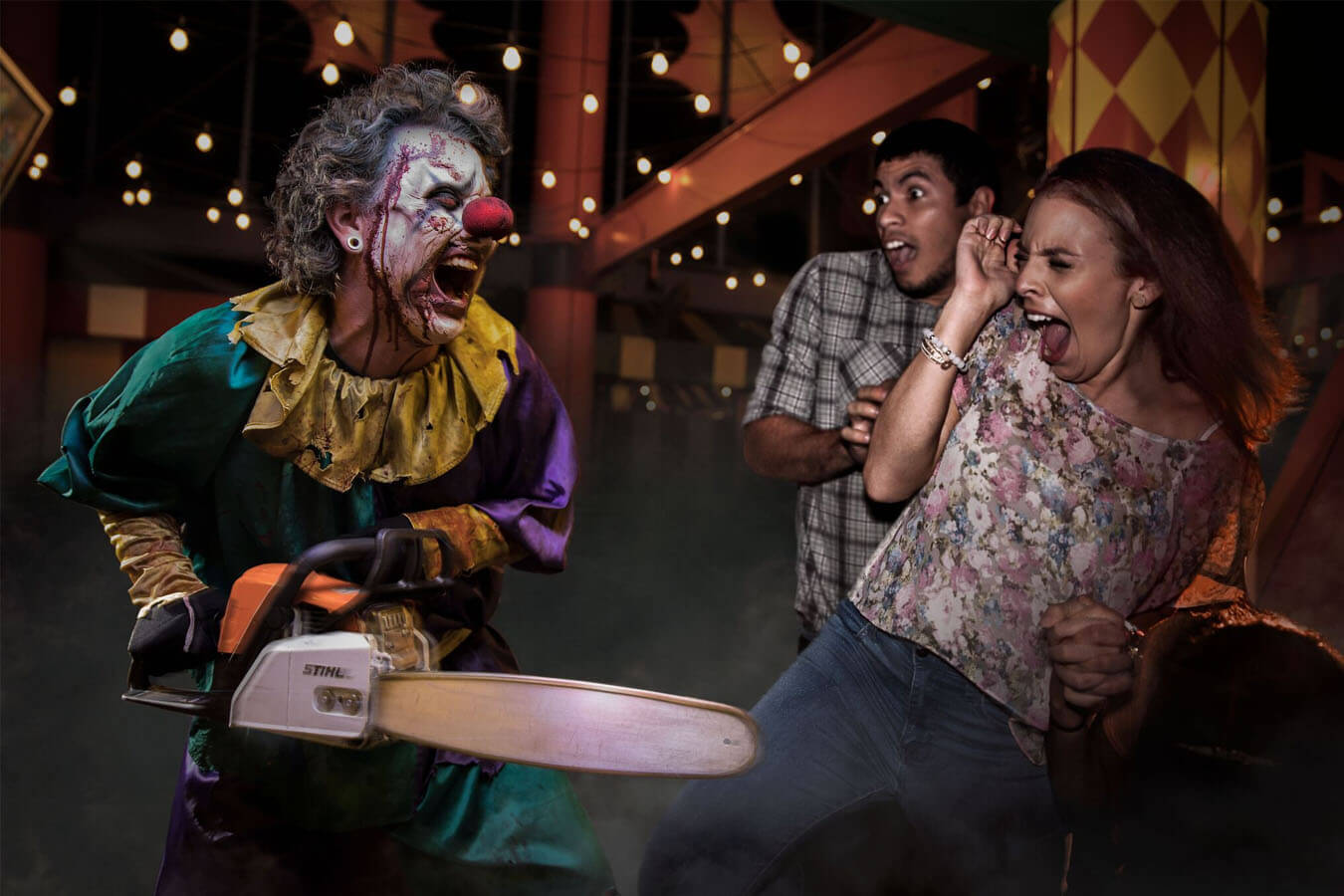