Searching for Hidden Mickeys is a fun way to make your visit to Walt Disney World Florida even more exciting, and a great way to make long ride queues a lot more bearable!

So what exactly are Hidden Mickeys?

Hidden Mickeys can be found on attractions at Disney World, but are also dotted all around the parks and resorts. Usually, they are a combination of three circles that form the shape of a Mickey Mouse head – but could sometimes be a silhouette or a fully-drawn Mickey that’s disguised or hidden in an unusual location.

There are entire books dedicated to Hidden Mickey scavenger hunts, and keeping a look-out for them can be a great way to enhance your Disney experience.

When is it not a Hidden Mickey?

The main thing to remember is the word “hidden”. Hidden Mickeys do not include purposeful or decorative Mickey shapes and drawings. If the Mickey shape is really obvious, like the man-hole covers or the waffles served at breakfast, then they are not classed as “hidden”, they are simply a part of the Disney Magic!

Here are some of my favourite Hidden Mickeys to look out for on your visit:

1. The Haunted Mansion: Look at the plates on the dining table in the banquet scene. They have been placed in the classic three-circle shape (it is believed that Disney’s “Imagineers” did not intend for this to happen, but the mischievous Cast Members did it to add an extra bit of fun!). 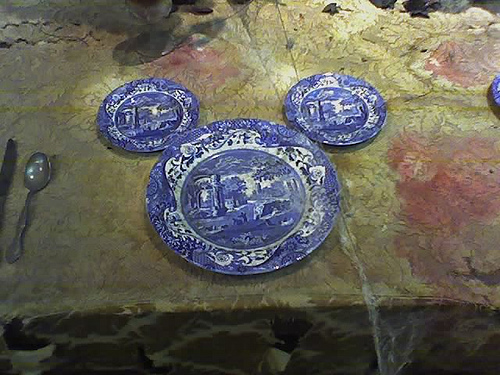 2. The Many Adventures of Winnie the Pooh: Look at Rabbit’s garden; one of the radishes has “grown” into another classic Mickey shape.

3. Spaceship Earth: Look for the three white paint circles on the table in the Renaissance scene…..

4. Living with the Land: As you go through the ride, look for plants shaped like the classic Mickey head, and others arranged to resemble the same shape in the greenhouses. 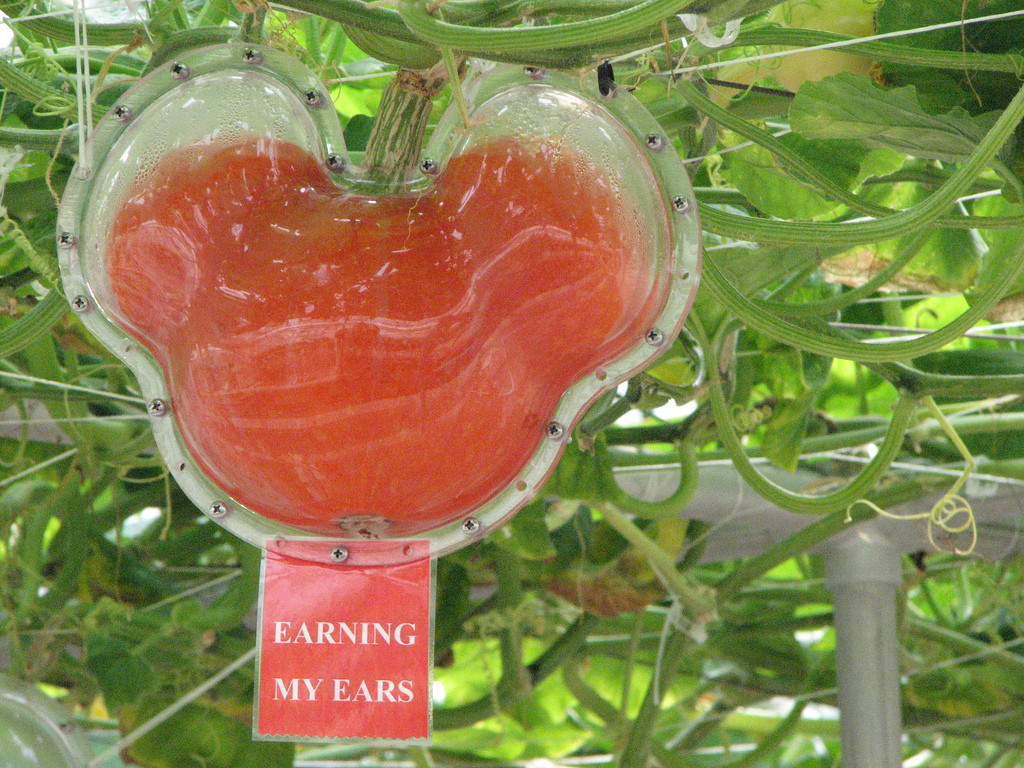 5. Tower of Terror: During the pre-show film, keep your eyes peeled to see what the little girl in the elevator is holding.

6. Rock ‘n’ Roller Coaster: During the pre-show room where Aerosmith appear, look at the cables on the floor ….

7. Pizzafari: Find the leopard on the wall – now look at the black spots in the middle of his front leg, carefully arranged to form a special “Mickey” spot!

8. Maharaja Jungle Trek: Look at the mural on the left, and find the King. What shape does his gold earring look like? 9. Cirque du Soleil: Use the rest rooms! There is a small classic Mickey on the floor, just inside the entrance. My husband first discovered this – there is one in both the Ladies and the Gents. 10. Disney’s Days of Christmas: Look for a large brown rock on the chimney, with two smaller ones for ‘ears’ …

These wonderful hidden extras are just another special way to have fun with your family at Walt Disney World. There are plenty of Mickeys hidden around the Resorts and in the restaurants too, so make sure you’re always on the look-out!

Top Tip: Never worry about asking a Cast Member for help finding a Hidden Mickey, as they often have some interesting stories to go along with it!

Want to meet the real Mickey when you’re there? Find out how to meet the characters at Disney World Florida!

Janine has been to Florida 8 times in the last 12 years and is a self-confessed Disney World addict! She has an 8-year-old daughter who is one of the “Unofficial Guide to Walt Disney World” kids. Janine loves to write and has contributed to several Disney-inspired blogs. Follow her on Facebook and Instagram
Google+ Twitter
Tagged in:  Disney Characters,Hidden Mickeys

2 thoughts on “The Top 10 Hidden Mickeys at Disney World”