Walt Disney World Resort attracts millions of people through its gates every year. Some of these are first-time visitors, others are annual pass holders or frequent travellers who spend as much time there as they can. If you were to actually look at this smorgasbord of humans, then you might see a pattern. Here are 10 types of people you’re likely to see at Walt Disney World Resort: 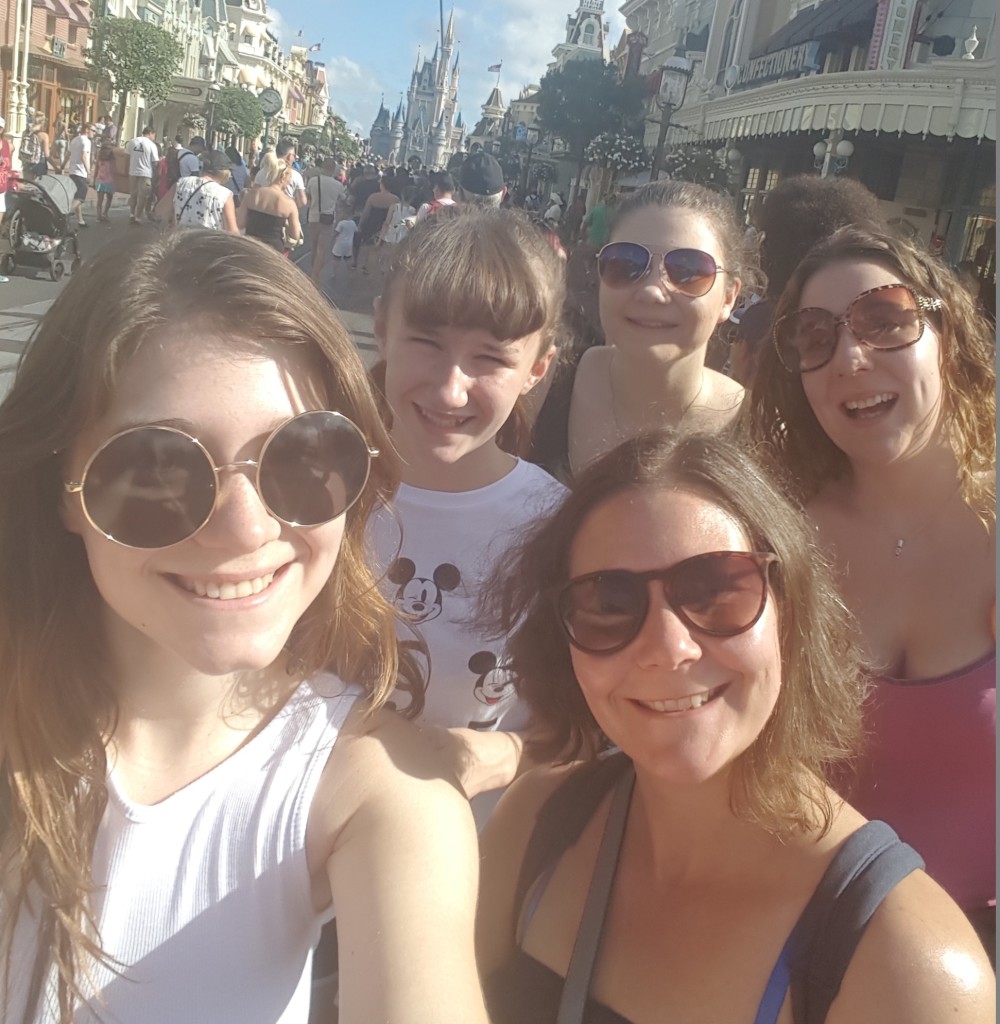 You can spot them a mile off. Map in hand, camera around neck and perhaps a brand new Mickey hat or set of Minnie Ears upon their head. They will be eating a classic Mickey bar or turkey leg and will no doubt be in the park from dusk ‘til dawn to get it all done (aside – you never get it ALL done, that’s why we keep going back!) They will be mainly spotted gawping at Cinderella Castle and generally looking lost and overwhelmed, but in a good way! I defy anyone not to have a moment of awe when they first turn onto Main Street, U.S.A.

Unless they’re at Mickey’s Not So Scary Halloween Party, these people won’t be fully costumed, but their outfit will totally be themed to a specific character. They will often be found in couples and will appreciate positive remarks about their attire. They will have a lanyard full of pins which will be so heavy it will weigh the same as a Mayor’s chain, and many extras all over their cap, backpack etc. They will scour the parks for elusive collector items and will happily queue for hours when limited-edition ones are released! You know the ones: “The Smiths’ Disney Reunion 2018” – Grandparents, mum, dad, daughter, son, baby, aunt, great-aunt, pet dog… you name the spurious relation, they will have a matching T-shirt.

The “About to Burst” Parent

We have all seen them. The parent who looks like they’re about to bust a blood vessel over something their kid has done or hasn’t done… Walt Disney World Resort can cause emotion overload to anyone, not just kids! After riding “it’s a small world” five times in a row, then listening to Junior whine until they get an ice-cream only to drop it immediately, and realise now they’ve missed their Disney FastPass+ time for the only attraction they were interested in… it can cause even the calmest of people to lose it. You know the type. Huge professional-looking camera around their neck. Different lenses for specific events, tripod for the fireworks etc. They will often be found capturing scenic shots, perhaps ignoring the obvious well documented icons for more original pictures. The Photographer is generally considerate unlike The iPad-ers who hold their tablets in the air getting in everyone’s way. If you follow any of the Disney Instagram accounts, you will have realised that vlogging and taking photos of your trip can be more than just a hobby. It is a lifestyle for some people, and posting photos of their every move online is just the done thing. Meeting Mickey? Gotta Facebook that. Huge turkey leg? Pop that on Twitter. Random ‘ear’ shot – definitely Instagrammable.

It’s about a million degrees most days in Orlando but this person will no doubt be in jeans and a jumper. Or maybe a short dress and stilettos – not great for getting on and off attractions. Whatever their attire, this person will radiate an air of disinterest and you’ll wonder what they’re doing there at all. These are the rope-droppers. They made their Advanced Dining Reservations and Disney FastPass+ selections weeks in advance and will take full advantage of Extra Magic Hours. They know where to go and when to go there, and yes they will be wearing clothes themed to the park they are in! They will snack on their way to attractions and there will be no time for whimsical staring at Cinderella Castle. They have a laminated checklist and they are not afraid to use it.

And I am not ashamed to admit this is 100% me when I’m at Walt Disney World Resort!

Which type of Disney visitor are you?

Janine has been to Florida 8 times in the last 12 years and is a self-confessed Disney World addict! She has an 8-year-old daughter who is one of the “Unofficial Guide to Walt Disney World” kids. Janine loves to write and has contributed to several Disney-inspired blogs. Follow her on Facebook and Instagram
Google+ Twitter
Tagged in:  Disney World,Walt disney world