What’s the Difference Between the Universal Orlando Resort Parks?

There are three Universal Orlando Resort parks: Universal Studios, Island’s of Adventure and Volcano Bay. They are all fun, exciting and packed with rides, attractions and experiences for adults and children of all ages.

With so much cool stuff to see and do in all three Universal Orlando Resort parks, knowing the difference between them and which one is best suited to you and your family is key for getting the best experience possible.

Luckily, that’s what we’re going to answer in this post!

The Difference between Universal Studios, Islands of Adventure and Volcano Bay

The rides, attractions and experiences are significantly different in all the parks. The easiest way to tell the difference is that Universal Studios is based more on movies and TV shows, whereas Islands of Adventure is where the fantasy and thrill rides are. The most unique park of the three is Volcano Bay, which is a fully themed water park that feels like you’ve discovered your own paradise island.

If you’re a movie and pop-culture lover and want a milder experience as far as the rides and attractions are concerned, Universal Studios is the place to go. If you’re a thrill-seeker with a love for all things superhero, Islands of Adventure is where you’ll find Marvel Superhero Island and rides like The Incredible Hulk Coaster. Volcano Bay, on the other hand, is a totally different experience entirely, and is the go-to place for anyone looking for  little pool-side lounging mixed with epic water rides.

Universal is currently building a fourth park, Universal’s Epic Universe, that is expected to be open in 2023 and will almost double the size of the Universal’s presence in central Florida.

What about The Wizarding World of Harry Potter?

The Wizarding World of Harry Potter is spread across both Universal parks in Orlando; Universal Studios has Diagon Alley, and Islands of Adventure has Hogsmeade – plus there’s a REAL Hogwarts Express train that links both the parks together!

Speaking of transportation, all three parks are easy to get to from CityWalk too, which is Universal Orlando’s entertainment district filled with restaurants, shops and cinemas. You can also catch free buses to the parks from Universal Orlando Resort hotels.

The good news is, there’s no real reason to pick one Universal Park over the other when it comes to the money factor, especially as our 3-park tickets are the same price as a 2-park.

For now, we’re only going to focus on Universal Studios and Islands of Adventure. Those are the two most similar parks and usually the ones that people have a hard time choosing between. Volcano Bay is a very unique experience which is not really comparable to the others (making it absolutely worth visiting!). If you’re interested in learning more about Volcano Bay, you can find a guide here.

Definitely the park for those who are not as keen on the big thrill rides. That’s us as a family – although, one day I will be brave enough to go on The Incredible Hulk Coaster at Islands of Adventure – and I will be dragging the boys on with me!

For Universal Studios, head to the right and when you see the giant globe, you will know that you are nearly there! You then pass under the arch and your movie adventure begins…. These are some of the rides and attractions in each area of Universal Studios:

We love TRANSFORMERS: The Ride-3D which is a thrilling dark ride seeing you on the frontline of an intergalactic war! You can even meet the Transformers! They’re pretty scary, especially Megatron, so be mindful of little ones! Although, you can also watch Universal’s Superstar Parade featuring characters from Despicable Me!

My husband has ridden Revenge of the Mummy and said it was very good and goes very fast! I stayed behind with my son as he really didn’t want to go on it. I think he’d ride it now that he’s a bit older though!

If you’re a fan of the movie, The Blues Brothers Show is excellent – it’s quite informal, dancing on the streets to the music – so get ready to shake your tail feather! This area used to be home to the iconic Jaws ride, which we rode on our first visit to Orlando back in 2011. However it has since been removed to make way for Diagon Alley. The giant shark remains though, so make sure you get a photo with him!

There’s now a stand-alone ride called Fast & Furious: Supercharged, based on the film franchise of the same name. We haven’t had a chance to ride it yet (no die-hard Vin Diesel fans in the family), but the reviews I’ve seen aren’t the most glowing. I suggest you give it a go and make up your own mind. The Horror Make-up Show reveals the secrets of special effects in horror movies. It’s funny and not too scary, but there is some [fake] blood and gore. There is also audience participation, but don’t worry – no harm comes to the audience member!

Our favourite part of Universal Studios is Springfield, the home of The Simpsons! They added a lot of new features to this area in the two year gap we had between visits, and it is AWESOME.

You can eat at Krusty Burger, drink a Flaming Moe and even meet some of the characters. You can also ride along with The Simpsons as they visit Krustyland in a 3D simulator with 80 foot screens! The Simpsons Ride used to be home to the Back to the Future Ride, and you can still see the Delorean, the time travelling train and meet Doc. We are huge fans of this movie and it was fun to discover this section which I’m sure wasn’t there on our first trip! 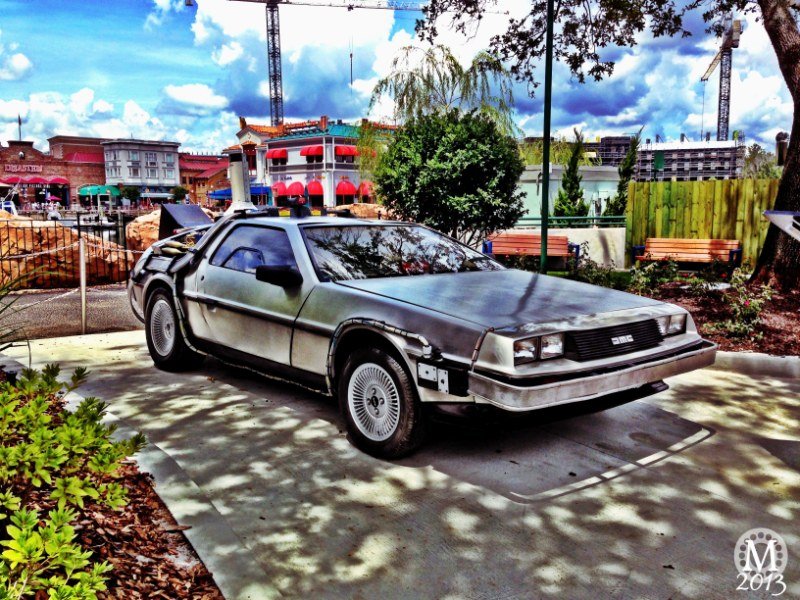 Since we don’t have young children, we haven’t explored this area much, but there does seem like a lot to do for those with little ones. We did go on the E.T. Adventure which was fun, and if you’re a fan of the film, it’s worth riding!

Harry Potter and the Escape from Gringotts, Hogwarts Express

As I mentioned earlier, The Wizarding World is spread over Universal Studios and Islands of Adventure. The big draw in Universal Studios is Escape from Gringotts, which is an absolute must for any Harry Potter fan! As far as being immersed in JK Rowling’s world goes, there’s no better experience out there. As I mentioned at the start, Islands of Adventure is all about the thrills and the fantasy. The park is also divided into different areas, so it’s probably easiest if I go through each one and tell you about what you can find!

You enter the park at The Port of Entry, where you’ll find places to eat and shops to buy souvenirs, it is then either right to Seuss Landing, or left to Marvel Superhero Island. If you’ve got little ones, head right, if you want to hit up one of the major thrill rides, go left!

Despite never going on it, Hulk is my favourite coaster! I just love watching it go round, and upside down…I’ll be brave enough one day! This is the area to go to if you or your kids love the Marvel Superheroes – you’ll find them all here, and some even come out to do meet and greets. 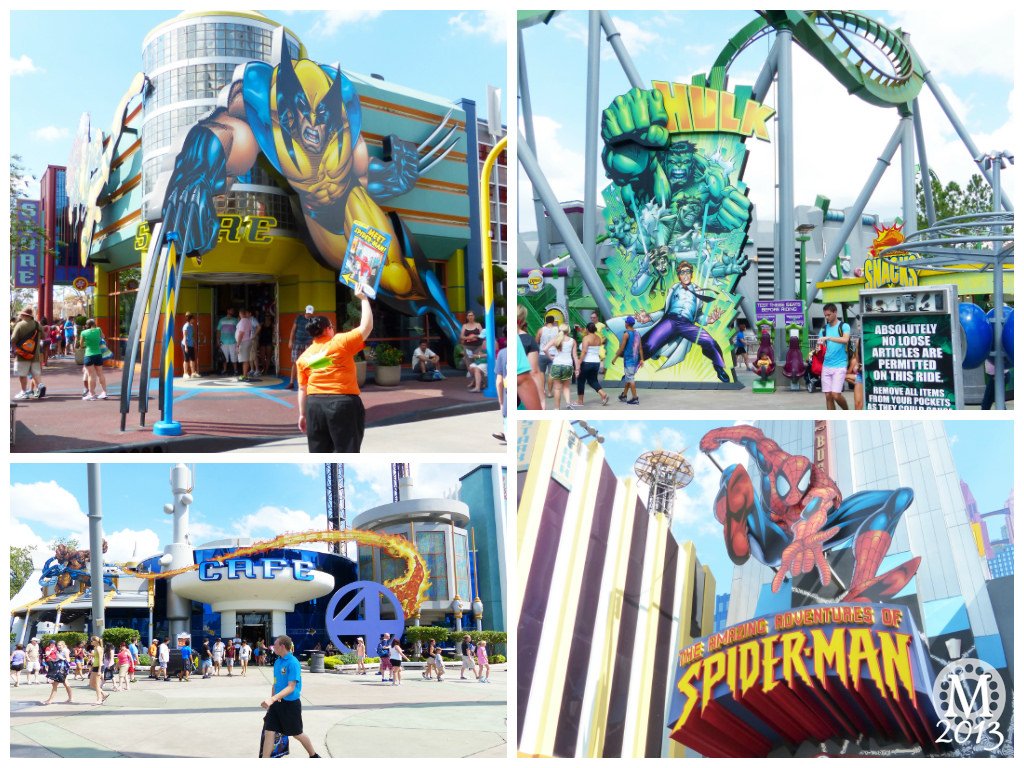 In this cartoon themed area, you’ll also find two water rides – a log flume and a river rapids. We have yet to do the Falls, but we went on the Barges, and well, they warn you that you will get soaked – and we really were! No one escapes getting wet on this ride! Make it the last ride of the day so you don’t walk around the park soaked (although there is a huge family drying machine which costs a few dollars nearby) King Kong is back from a 14-year hiatus from Universal Orlando Resort. The last we saw of him was back in 2002, when Kongfrontation closed. The new ride, Reign of Kong, is fun enough, but relies a little too much on special effects screens for my liking. The big ride here is the River Adventure, where you may or may not get wet – depending on where you sit in the ride! It can be quite a scary ride for younger children and the drop is BIG Dragon Challenge, Flight of the Hippogriff, Harry Potter and the Forbidden Journey

We have yet to go on the Forbidden Journey ride, but we did manage to get on the Flight of the Hippogriff which is a small rollercoaster – but it does whip around fast! You can read more about the Harry Potter Rides here.

You can also pop into several of the shops that you’ll recognise from the books and the films, including Ollivander’s Wand Shop, Zonko’s and The Three Broomsticks where you can try a Butterbeer. You can also buy bottles of Pumpkin Juice from carts in the street – my favourite!

Of course, there’s also the Hogwarts Express, which is a real train ride that takes you from one Harry Potter park to the other. The journey is about 4 minutes and has some fabulous “views” through the carriage windows of Harry Potter’s wizarding world!…. The only thing we’ve done in this area is walk through it, and eat at Mythos Restaurant. That’s because on the days we’ve visited its single attraction, Poseidon’s Fury, has been closed. Caro-Seuss-el, The Cat in the Hat, If I Ran The Zoo, One Fish, Two Fish, Red Fish, Blue Fish, The High in the Sky Seuss Trolley Train Ride!

A great area for younger children – it is bright and colourful with several gentle rides. Although don’t be fooled by The Cat in the Hat ride, which does whip you around a fair bit! 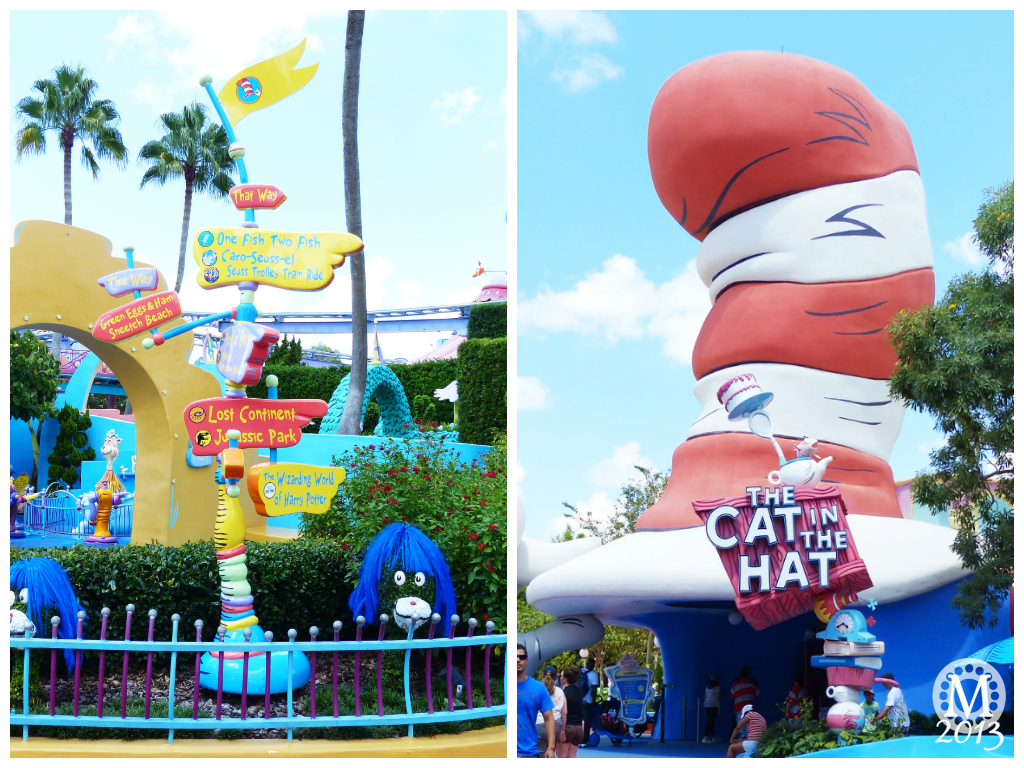 I hope that my post about the differences between Universal Studios and Islands of Adventure now helps you to decide which park is the right one for you and your family. They both have great rides and attractions of varying thrill levels, and I really do think that there is something for everyone at all of the Universal Orlando theme parks. We can’t wait to go back!

The Differences between Hogsmeade & Diagon Alley

The 9 Universal Orlando Selfies you can’t go home without

How to Beat the Queues at Universal Orlando

The best Universal Studios attractions (if you don’t love rollercoasters)

About the author: Michelle Ordever 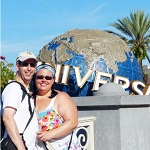 Michelle has been to Orlando twice with her husband and teenage son, and is planning their third trip. Since her first visit in 2011, she has lived and breathed the adventure that is a holiday to central Florida, and you can find her sharing her trip reports, planning notes, tips and free printables at thepurplepumpkinblog.co.uk.
Google+ Twitter
Tagged in:  Islands of Adventure,Universal Orlando,Universal Studios

6 thoughts on “What’s the Difference Between the Universal Orlando Resort Parks?” 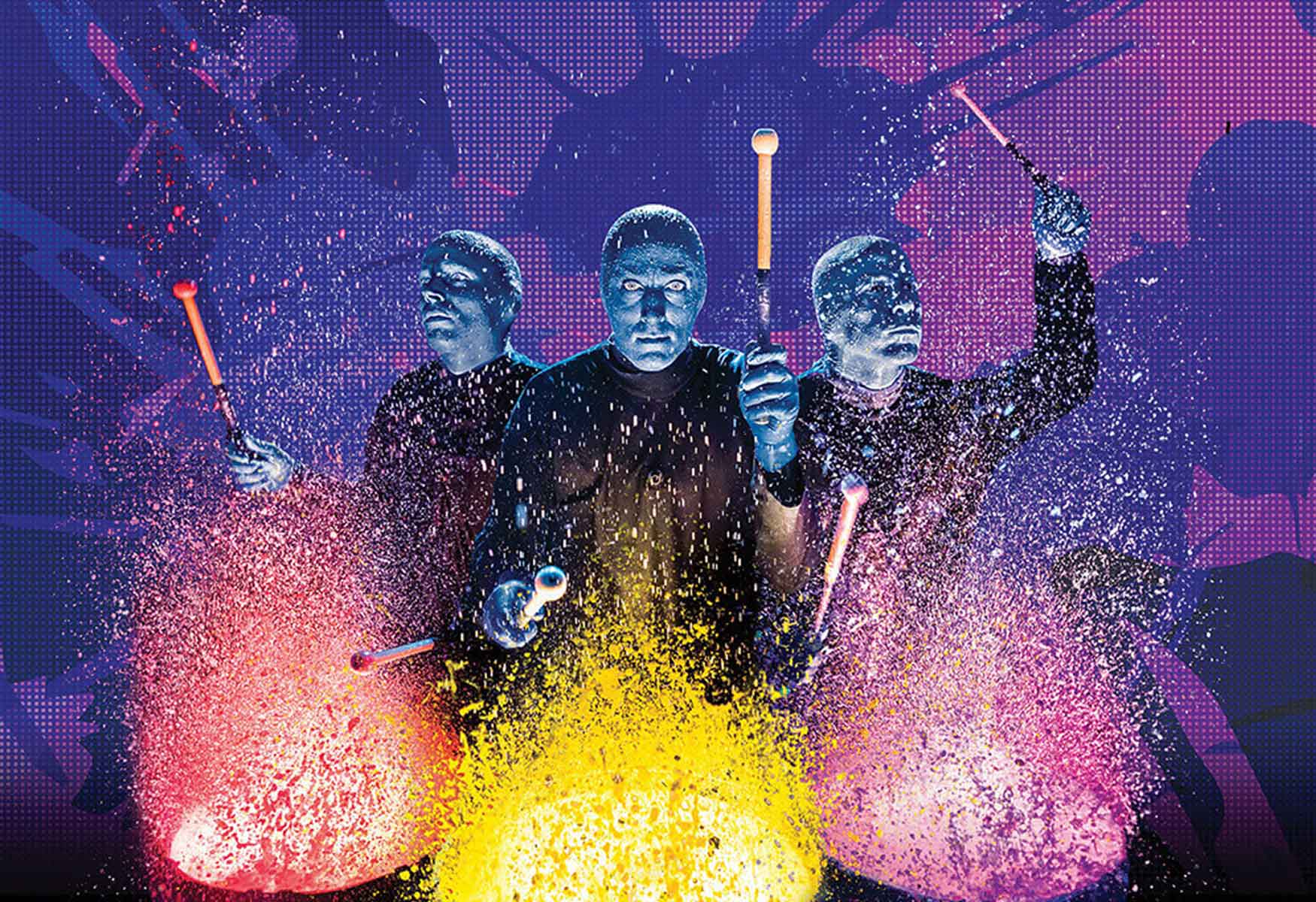