It’s official; Walt Disney World Florida is our favourite place in the world to pop the question – and video it!

You might think that getting down on one knee is nerve-wracking enough, let alone filming it and posting it online, but data shows that there have been nearly 60,000 Disney World proposals posted on YouTube since the site began in 2005!

Florida’s Universal Studios was also in the top 10 places to video your proposals, and both Florida locations beat popular romantic attractions like the London Eye and New York’s Empire State Building.

And the “Disney Magic” isn’t just restricted to the USA – Disneyland Paris even beat the Eiffel Tower as Paris’s most popular proposal spot!

So if you’re booking Walt Disney World tickets and are thinking of popping the question, this could be your golden opportunity…… 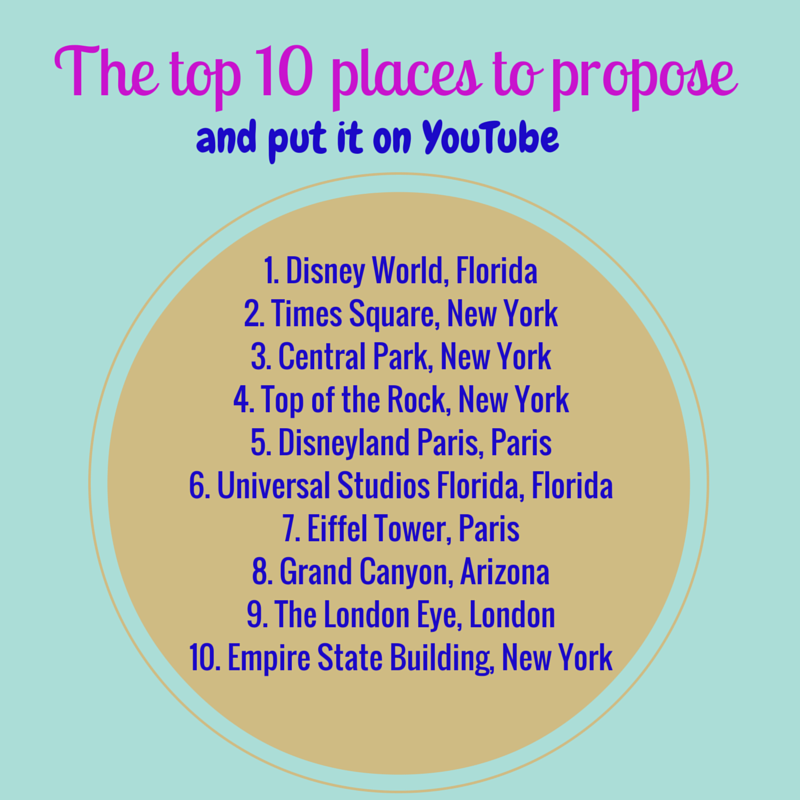 Farrah is a Copywriter at FloridaTix. Her biggest loves in life are animals, food, writing and sleeping, and she lists Falcon’s Fury at Busch Gardens as her scariest experience to date.
Tagged in:  Proposals,videos,Walt disney world,Weddings,youtube